Glyphosate Killing Not Just Weeds But Also Us Humans?

GM crops like corn, wheat, and soy are generally sprayed with glyphosate – a popular herbicide, to destroy weeds. These crops are modified to withstand and survive anything, so are unaffected by this toxin. But it increases the risk of cancer in humans exposed to these foods. These foods are often present in processed food under different names, making them hard to identify and avoid.

The popular herbicide, glyphosate, is “likely to cause cancer,” as reported in a review in the medical journal The Lancet by the IARC Working Group.

Can A Weed Killer Kill Humans Too?

Glyphosate has been gaining popularity as a household weed killer. Over the last decade, its use has increased especially on our mass-produced food crops like wheat, corn, and soy.

Glyphosate is used as the main weed killer for these crops because most of the wheat, corn, and soy crops are now genetically modified (GM) to survive even if they are coated with Roundup.

Both the genetically engineered crops and a popular glyphosate-containing herbicide are made by an American multinational company. It’s a win-win for the corporation, but is it a win for the ones eating it?

It only makes sense to me that glyphosate would likely cause harm inside of our bodies given what it does to plants that it’s sprayed on — they shrivel up and die and don’t come back.

Should we really be eating food that has been sprayed with something that kills plants, especially ones that have been created to withstand being coated with the poison?

The amount of food that is now genetically modified, especially in anything processed, like boxed or bagged foods, is alarming.

Can We Avoid Genetically Modified Food?

Most highly processed foods contain these GM plants that have been sprayed with and survived a coating of glyphosate, but many have been disguised under other names.

Most of the time, you find them listed under different names than corn, soy, or wheat, such as:

The list goes on and on. I challenge you to go to the grocery store or even your pantry and read the ingredients list. I’m sure you will be hard-pressed to find something that does not contain soy, corn, or wheat in its various names.

Let’s start talking more about this and what can be done.

I didn’t even go in the massive decline in the bee and butterfly population since the introduction of mass spraying of crops with the multinational’s weed killers and GMO crops. 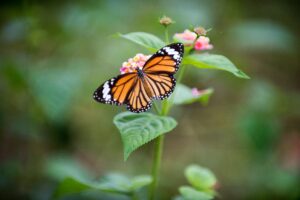 What do you personally think about genetically modified foods and glyphosate use? What are you doing to stay away from them?

If you have not started thinking about it, I would definitely start because cancer is on the rise and this is one that “likely” could be a culprit.

38 thoughts on “Glyphosate Killing Not Just Weeds But Also Us Humans?”

Be in the know

Get your dose of healthy living delivered to your inbox. and a get our free pdf.

Meet With Your Health Coach 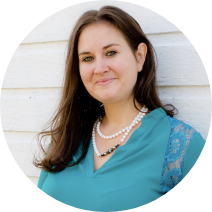